The historic KL Railway Station is one of Kuala Lumpur's most distinctive buildings.  Completed in 1910, the station was once the departure point for trains to Singapore, Bangkok and other destinations.

Designed by British architect, Arthur Benison Hubbock, the building features dome-capped pavilions along its rooftop.  It is a good example of British colonial and Moorish architecture. 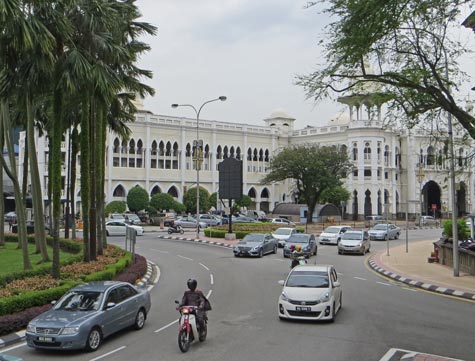 The role of the KL Railway Station as the city's central train station has been taken over by Kuala Lumpur's new Sentral Station.  The old station is now used for commuter trains.