The Central Train Station in Kuala Lumpur is called KL Sentral.  In addition to being the main train station, it is also the transportation hub for LRT trains (i.e. subway lines). 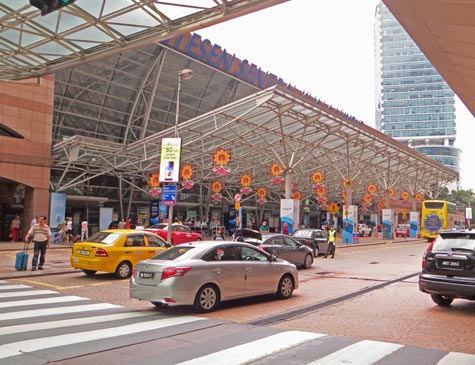 Train service from the Kuala Lumpur train station is available to Singapore (to the south) and Penang Malaysia (to the north).